Fall: The Season of Back-to-School, new books, leaves, pumpkin spice, apple pie, costumes, candy, turkey, and cooling temperatures. So then the big question becomes what are the Top Ten Books On My Fall To-Be-Read list?

1) The Rule of Thoughts by James Dashner – Recently published and I received it from the library although I have yet to start reading it. That’s my goal for this week!

2) Styxx by Sherrilyn Kenyon – This has been sitting on my bookshelf since I purchased it at Barnes & Noble. I’ve wanted to read it a million times but I haven’t gotten around to it.

3) Snow Like Ashes by Sara Raasch – This is a new publication coming out next month that I recently discovered via Twitter. Magic, kingdoms, and mayhem, can’t wait!

4) Lord of the Flies by William Golding – I borrowed the Stephen King edition from my dad and I expect he’ll want it back at some point, so in honor of banned books and new school years, here I go.

5) The Young Elites by Marie Lu – Another book arriving next month and one that I have been waiting for since I finished Lu’s last series. Here’s the hoping it’s as good as Legend.

6) Talon by Julie Tagawa – Dragons, shape-shifting, and secret societies? Ummm, yes please! It doesn’t come out until the end of October but I’m already foaming at the mouth to read it.

7) Outlander by Diana Gabaldon – So many people have recommended this to me or are talking about the Starz series that now I just have to read the book and hope it is as good as it sounds.

8) The Whispering Skull by Jonathon Stroud – Lockwood sucked me into his world and now I fear I cannot escape. Recently published, the second installment is sure to give me chills and thrills once again.

9) Blood Magick by Nora Roberts – It’s been months, months! I say since I have finished the second book in this trilogy and I need to know how it ends. Roberts tells amazing fantasy tales if you take the time to read them.

10) The Hobbit by J.R.R. Tolkien – The second movie is arriving in theatres this fall so it’s only fitting that I actually fulfill my promise to read the book before it does. 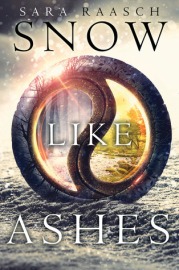 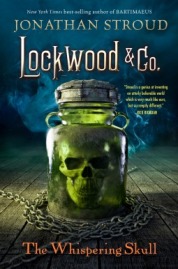