If you haven’t read anything by Riordan yet at this point in your life, you are seriously missing out. His books might be touted as being for middle schoolers but really they can be read by anyone, which is part of what makes them so fantastic.

In this final installment of the second series concerning our most beloved Percy Jackson but involving far more main characters, the world is once again in danger of falling prey to an ancient evil. Luckily, Percy, Jason, and the crew of Argo II are prepared, or mostly prepared, for what will happen.

However, nothing is ever certain or even that predictable when it comes to dealing with the gods and goddesses of Olympus, especially when they can’t remember if they are Greek or Roman.

Without giving too much away, let me just say that this is fun and grueling action-adventure book with feats of daring, traps you’re not sure the heroes will escape, love, friendship, and sacrifice.

With the future bearing down like a freight train, it is more important than ever for the demigods to work together. Whether or not they can do still remains to be seen, even in this final book.

Unfortunately, you can’t start with this book if you want to have a full grasp on what it really happening. First, you must begin with Percy Jackson and the Olympians: The Lightning Thief which introduces you to the world and its wide array of characters and settings. After that series (just 5 books!), you can start this one, called the Heroes of Olympus which begins with The Lost Hero, introducing you to Jason and a whole other side to the demigod world.

Riordan paints pictures with the words on the page and the scenes are gripping, and often humorous as the pride goeth before the fall. The only downside is that he skips around into different character perspective, which while very interesting, can be frustrating when all you want to do if find out what happens to them next! Which is part of the point, I suppose…

But overall, I think this was a basically perfect ending to the series, never an easy thing to accomplish. But Riordan manages to pull it off, tie up enough loose ends to satisfy but still keep you wondering (and hoping to find out) what will happen in the future. 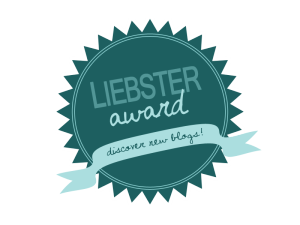